IOM together with Vodacke centrum in Bratislava organized a one-day rafting trip for 23 teenagers that were forced to leave their homes as a result of the war in Ukraine and currently live in the Gabcikovo Accommodation Facility. 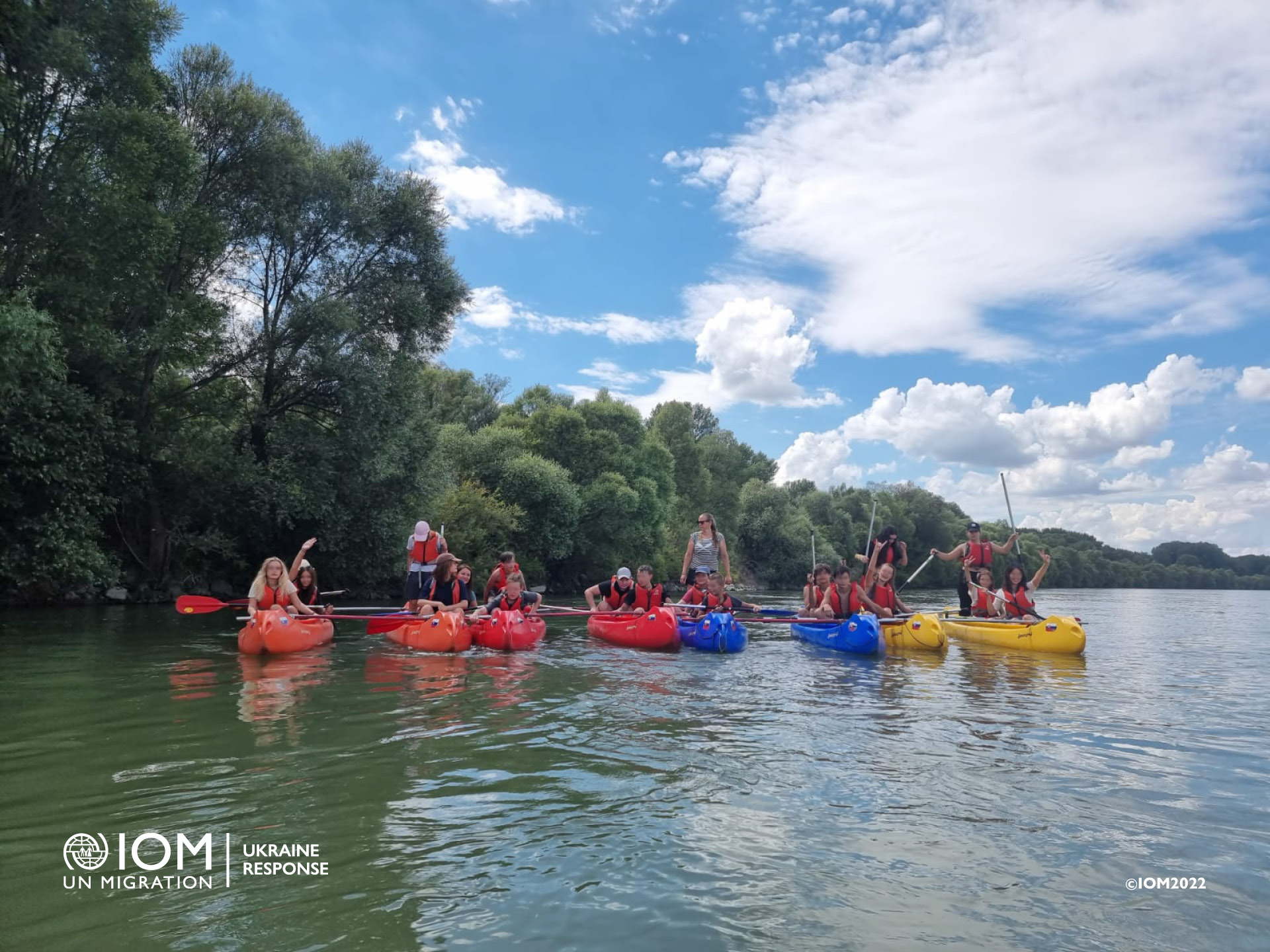 On 2 August 2022, during the trip on small canoes formed to catamarans starting from the village of Bodiky, children experienced the unique environment of Old Danube and had a great summer time on the biggest river in Europe. Photo © International Organization for Migration (IOM) 2022.

Teenagers trained their physical endurance but also skills like cooperation, active listening, patience, self-control and responsibility. They also had some time for themselves, to have fun with their fellow friends in a different environment as they usually spend their time in the facility.

One of their guides was a flatwater kayaker Inna Osipenko-Radomska, Olympic champion in canoe / kayak sprint.

Inna won four Olympic medals for Ukraine at the 2004, 2008 and 2012 Olympics, a bronze medal for Azerbaijan at the 2016 Olympics and multiple podium finishes at the Flatwater World Championships.

For teenagers, she was a great non-formal model of what people can accomplish with hard work, discipline and endurance. She was a wonderful companion for them, explaining how to master this water sport.