SURVEY: 3rd Assessment of the mobility, needs and intentions of displaced persons to strengthen IOM response to Ukraine Crisis

SURVEY: 3rd Assessment of the mobility, needs and intentions of displaced persons to strengthen IOM response to Ukraine Crisis 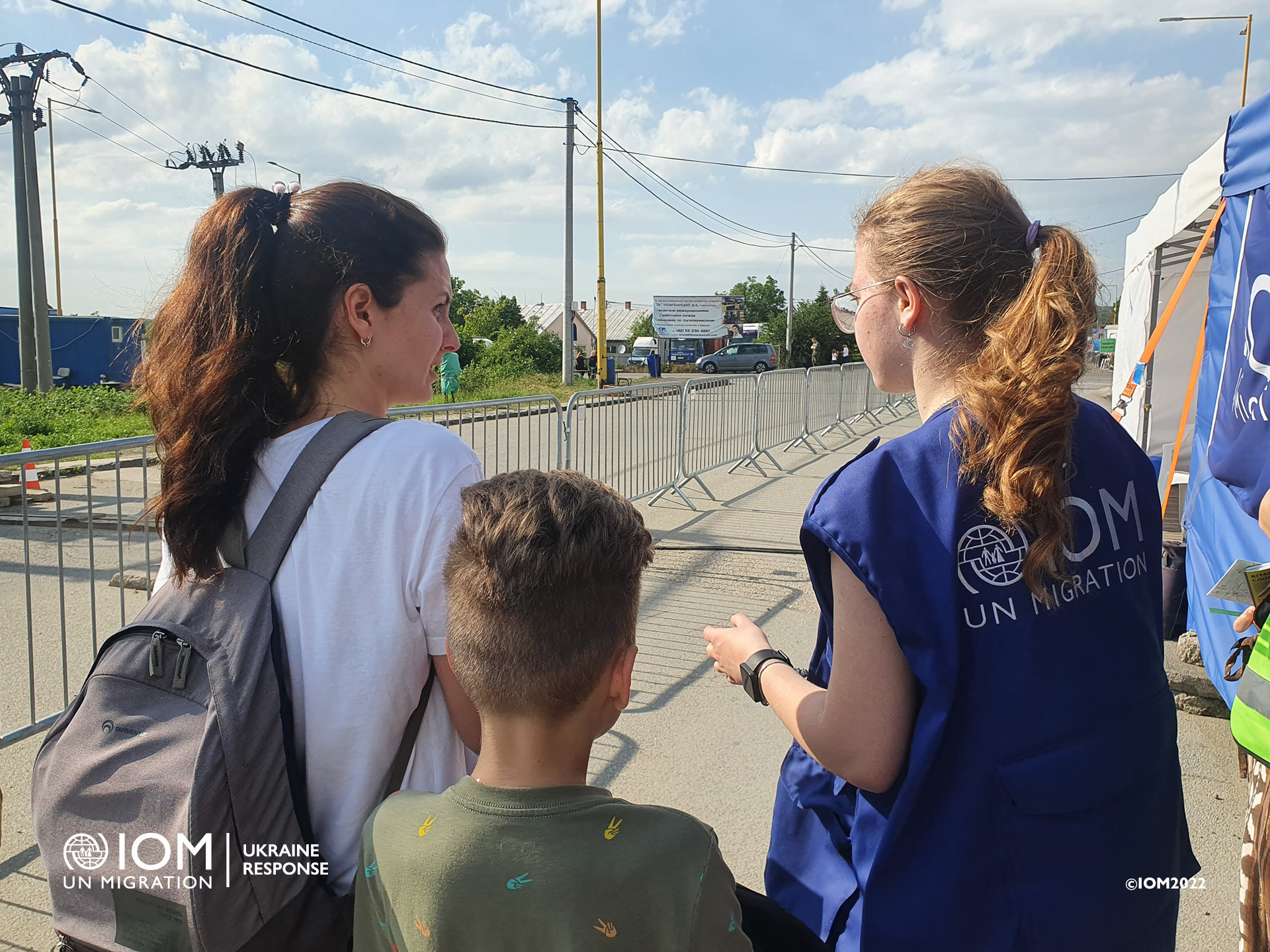 IOM’s Displacement Tracking Matrix (DTM) team in Slovakia collected data at the border crossing points and reception centers between 9 March and 22 May 2022.

The respondents reported coming from 24 different regions in Ukraine while top four regions of their origin remained Kharkiv, Kyiv, Donetsk and Dnipropetrovsk. As in the previous report, 88 per cent of all respondents were women. The majority of them were between the ages of 30 to 49. The vast majority of the interviewed were travelling in a group consisting mostly of their immediate family or relatives, friends, or neighbours.

For those travelling in the same group, 68 per cent of individuals reported financial support and support with communication and information as their most immediate needs. The next most urgent needs were transportation support (67 % of respondents), food (58 per cent), followed by employment (50 per cent), accommodation (48 per cent), documentation and legal services (48 per cent). The most urgent needs slightly differed for those travelling with children and the elderly. Food was ranked in the first place and education was reported by 50 per cent of them.

64 per cent respondents indicated Slovakia as their intended destination which is an increase in comparison with the previous report. Twenty-six per cent reported another country in Europe (Germany indicated by 40 per cent of those interviewed, followed by Czechia, Poland, and Italy) and 3 per cent stated other countries. In Slovakia, the largest group of respondents (30 per cent) stayed in organized reception centers.

When it comes to future intentions, 64 per cent of respondents indicated they would return to Ukraine once it was safe. Twenty per cent did not know their long-term intentions and 12 percent expected to stay in Slovakia.

At the time of interviews, 68 per cent of respondents indicated having received support with transportation, 66 per cent stated food, 61 per cent received information support and 48 per cent were helped with documentation and provided with legal services.

Employment, psychological counselling along with support for returning remain the most significant unmet needs with upwards of 95 per cent of those interviewed indicating they had not received this form of support.

To cover their most urgent needs, a vast majority of respondents (86 per cent) indicated cash as the preferred form of support, followed by in-kind assistance (14 per cent).

Read more: IOM Scales Up Regional Displacement Tracking in Response to the Impact of the War in Ukraine

The IOM’s Displacement Tracking Matrix activities in Slovakia and other countries neighboring Ukraine was made possible with financial support from the Council of Europe Development Bank, German Federal Foreign Office, Government of Japan, Swiss Agency for Development and Cooperation, and United States Bureau of Population, Refugees, and Migration..