Ricky Lagarde from Philippines: After Returning Home with IOM Help I Can Support My Family

Ricky Lagarde from Philippines: After Returning Home with IOM Help I Can Support My Family

Mr. Lagarde left Philippines for Slovakia to earn enough money for the livelihood of his family. During more than six years abroad he had several jobs – he worked as a waiter, a driver or a warehouseman. Due to problems with his employer he was left without a salary and a residence permit in Slovakia. In that moment he decided to return home and asked IOM for help.

IOM registered him into the Assisted and Voluntary Return Programme, prepared the itinerary and carried out his return to Philippines only two weeks later. Mr. Lagarde saw his family and friends again after 6 years. It was also for the first time he saw his son who was born after his departure.

Together with IOM staff Mr. Lagarde prepared the reintegration plan for assistance that he could receive from IOM after his return home. At home his family with two children were waiting for him along with an unfinished house with no roof and no windows and his father with health problems requiring care.

Mr. Lagarde set up a transport business. He decided to purchase a tricycle – a popular means of transport in Philippines and other Asian countries – in order to provide taxi services. Besides the tricycle, IOM provided him with license for carrying passangers and with spare parts for any potential repairs in the future. 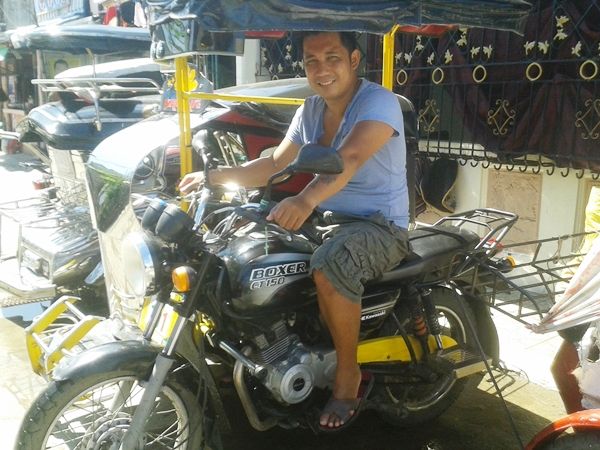 Thanks to IOM´s reintegration assistance, Mr. Lagarde has ensured a long-term income for his family  that will be used for studies of his children and completion of his house.

(Names of persons have been published with their consent. / Names were changed for protection reasons.)

Voluntary Return and Reintegration in Country of Origin (Individual Project).This project is co-funded by the European Union from the Asylum, Migration and Integration Fund (AMIF). Home Affairs Funds.