Marika lived with her family in very poor conditions. With a little child and unfinished education she could not find a job that would help her to improve her bad social situation. When the neighbour Jozef came with the job offer in the United Kingdom, she started to think about leaving Slovakia. She hesitated for a while since the job condition was not to take the child with her. However, the vision of a better life and sufficient amount of money for the family convinced her to go.

She began her long journey by bus together with Jozef. Instead of a big city experience, after arrival to London she found herself captured in a small flat. They introduced her to a foreign man who was living there. Jozef told her she must marry this man and then disappeared. Marika was left alone, helpless. She refused to marry the man and wanted to leave right away, but he did not allow it. She was allowed to call her parents, but he controlled every word she said with the help of internet translator. 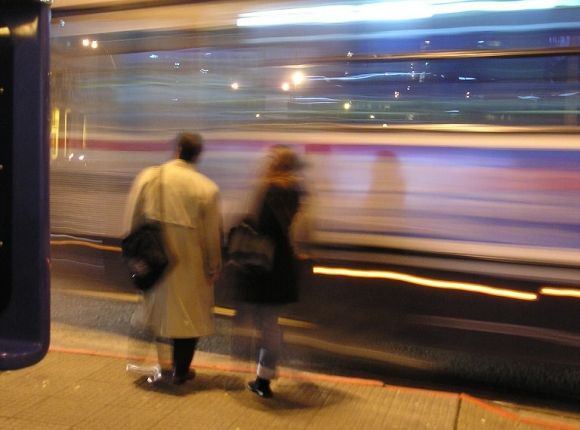 The photo is for illustrative purposes only.

After a while he found her a job in a fast food restaurant but she never got paid for it. She could move freely only when she was in the apartment. On her way to and from work, the man always accompanied her. When she ceased contact with her parents, they contacted the local police and later they informed field social workers, too. A field social worker, trained by IOM, identified signs of human trafficking and immediately called IOM Bratislava for help. All available information was passed on to the special police unit. The unit investigated reporting of the possible case of human trafficking in cooperation with the European units (?) and British colleagues. Thanks to that it was possible to rescue Marika and transfer her to a safe accommodation before she was forced to marry the foreigner.

IOM arranged her safe return to Slovakia. Marika’s unpleasant experience turned around and could be replaced by the joy of returning to her child and family.

Afterwards she was taken care of by a Slovak organization that provides follow-up services within the Program of Protection and Support for Victims of Human Trafficking. Marika does not want to travel anymore, she tries to get back to her regular life and find a job in a safely manner.

(The names of persons were changed for their protection.)

More information on IOM activities in Counter-trafficking in Human Beings.

IOM activities in the field of counter-trafficking are financed by the Ministry of Interior of the Slovak Republic, which acts as a coordinating body of comprehensive care provided to the victims of trafficking.