Sheremet from Kosovo: With IOM Assistance we Managed to Create our Own Home

Sheremet from Kosovo: With IOM Assistance we Managed to Create our Own Home

Story of a 31 year-old Sheremet Beqiri begins in Kosovo, where he lived with his family at his cousin´s apartment. Unfortunately, they could no longer stay at his place and so they decided to leave the country. On their way to Eastern Europe, Mr Beqiri and his family were arrested in Slovakia.

In early 2015, Mr Beqiri met with IOM worker who informed him about the possibility of voluntary return with IOM and the reintegration assistance that could solve his housing problem. Mr Beqiri was registered into the AVRR programme and together with IOM worker he developed a reintegration plan to build his own house. This plan would ensure the four-member-family permanent accommodation and improve their living conditions.

After their return to Kosovo, IOM provided Mr Beqiri assistance with purchasing the needed building material. Further costs for the construction were covered by himself. The building land was provided by his father. 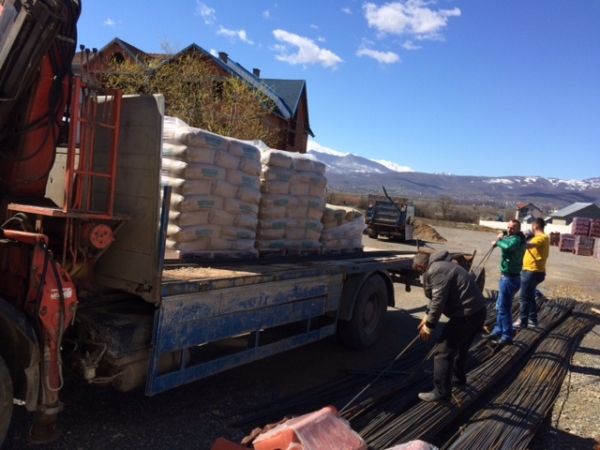 "I am glad that we are back home, because for me and my family it would be just suffering abroad. I am really very happy and pleased that I have returned and I am grateful for the reintegration assistance that we have received. We were able to create our own home," said Mr Beqiri.

(Names of persons have been published with their consent. / Names were changed for protection reasons.)

Voluntary Return and Reintegration in Country of Origin (Individual Project). The project was co-funded by the European Union from the European Return Fund. Solidarity and Management of Migration Flows.