Samer From Iraq: IOM Assistance Played a Major Role in My Life

Samer From Iraq: IOM Assistance Played a Major Role in My Life

Samer Hasani found himself in a difficult personal situation in Iraq. He decided to go to Europe. He was saving money for this travel for a long time. He managed to leave Iraq, but without his residence permit he was apprehended and detained in Slovakia. Here, this young and strong-willed man was deciding what to do next. He considered several options, finally turned to the IOM and asked for help in returning home. IOM arranged for a substitute travel document as well as his flight tickets to return home.

After returning to Iraq, Samer completed his studies at the university but due to the lack of money he decided to work. He contacted IOM again and asked for reintegration assistance so that he could enter into a partnership with barber shop, in which he also started to work. Thanks to his previous experience and quality services for his customers with whom he had maintained good relationships, he quickly acquired stable customers. Samer is working hard to achieve his goals, plans to improve his English, subscribe to further training courses for hairdressers and believes that he will open his own shop over time. 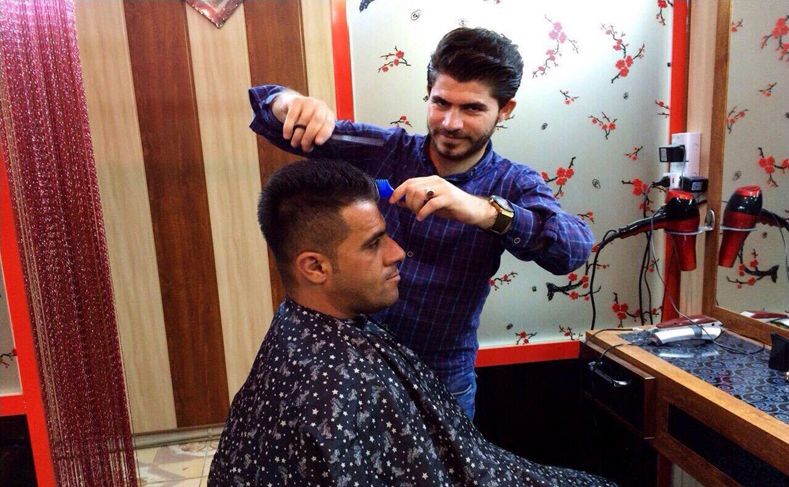 Samer is satisfied with reintegration assistance. It helped him to generate a steady income, from which he is able to support his family to certain extent. He plans to develop his services in the future and, above all, himself personally. "I enjoy my work and IOM has played a major role in my life," he said.

(Names of persons have been published with their consent. / Names have been changed for protection reasons.)

Voluntary Return and Reintegration in Country of Origin (Individual Project). This project is co-funded by the European Union from the Asylum, Migration and Integration Fund (AMIF). Home Affairs Funds.