Amin from Somalia: I Want to Help People Who Were Not So Lucky as Me

Amin from Somalia: I Want to Help People Who Were Not So Lucky as Me

“We feel good here, we have a place to sleep, food to eat and we are safe – what else can we wish for?“ This is how young Amin from Somalia describes his temporary stay in Slovakia. Amin is one of the refugees whom Slovakia provided a temporary shelter on its territory. Together with his mother and siblings, he was included in the resettlement programme of the UN High Commissioner for Refugees (UNHCR) and International Organization for Migration (IOM) transferred them to Slovakia. They are accommodated in the Emergency Transit Centre (ETC) in Humenne.

Amin was eight years old when his family was forced to leave their home Somalia due to war and fled to Yemen. “Our father died and as the oldest brother I had to take care of my brothers and sisters“, Amin recalls his life in Yemen which was not easy. While working he managed to find some time to study English, he was always interested in computers. They had waited years until they could leave Yemen. Only after boarding the plane did he truly believe they were leaving for a safe country. “I cried from joy“, he admits. 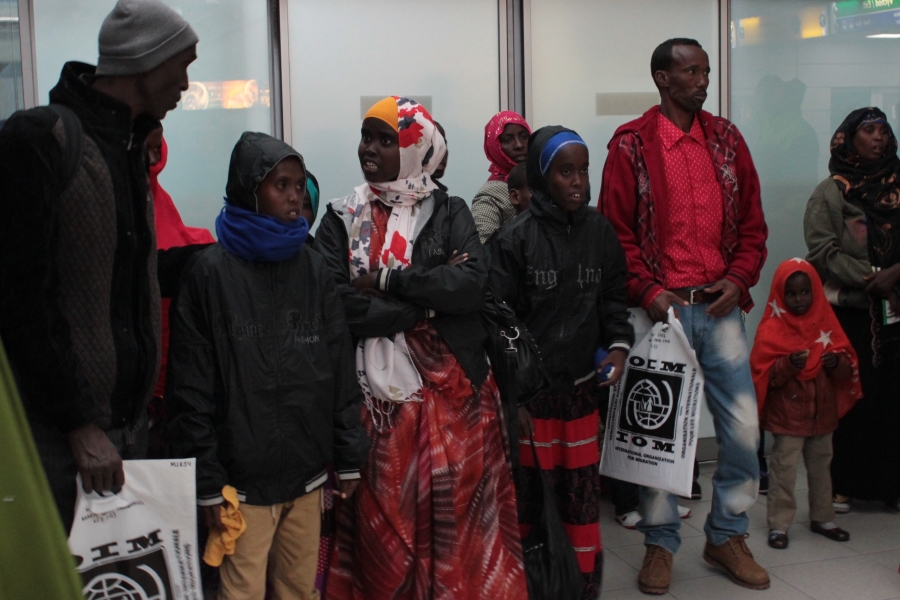 He likes it in Humenne, but is really excited about his future life in the new country that will resettle his family. “I’d like to study information technology, but I’ll have to find some job and care for my family”, he says. His voice is full of strong will and resolution, but also responsibility. “I need to be patient now, I hope only positive changes lie ahead. I have to help my mother, she had a difficult life, she took take care of all of us on her own. She needs to rest now.“ He dreams of having a good job, travelling the world and being able to help those that were not as lucky as he was.

The Emergency Transit Centre where Amin together with other refugees found a temporary shelter, has been operating since 2009 based on the cooperation between IOM, the Government of the Slovak Republic and UNHCR. The Centre can accommodate up to 250 refugees.

The refugees stay in the Centre for a period of maximum 6 months. During this time IOM assists them with preparations for their life in a new country – the refugees have security interviews, undertake medical examinations and attend cultural orientation courses. After these steps are completed, IOM arranges for their transportation to their new homes.

From 2009 until the end of October 2016 IOM helped 993 refugees who were resettled to USA, Canada and Norway.

(Names were changed for protection reasons.)