Migrants in the Spotlight workshops preoccupied journalists and students

Migrants in the Spotlight workshops preoccupied journalists and students

International Organization for Migration (IOM) and Milan Šimečka Foundation in cooperation with The MediaWise Trust from the UK held workshops Migrants in the Spotlight in Bratislava on migration and media for journalists on 17 October 2011 and for students of journalism and mass media on 18 October 2011.

Representatives of 8 different print and electronic Slovak media attended the first workshop for journalists. The next workshop was dedicated to future journalists – the students of journalism, mass media studies, and also to the students of faculties dealing with migration, who showed strong motivation and ties to the topic. This workshop was attended by students from universities in Bratislava, Nitra, Prešov and Košice.

The program was compiled to cover the main issues regarding the topic of migration and media and according to the time limitations tried to give space also for discussion and application of just acquired skills and knowledge to practice. The main program of the workshop was opened by Zuzana Vatráľová, Head of the IOM International Organization for Migration Office in Bratislava, who held a presentation about stereotypes, myths and facts regarding migration and relevant issues. She featured the overview of the topic including terminology, figures and statistics, legislation and stakeholders involved in the migration issues in Slovakia. In addition, this session promoted highly interesting facts resulting from a study called “Public attitudes toward foreigners and external migration in the Slovak Republic” conducted by IOM Bratislava showing among some positive approaches also quite a negative attitude of Slovak public towards foreigners. This paved the way for later discussions and also for the migration panel following the presentation where three migrants with different backgrounds took part – a student from Thailand, a journalist – refugee from Afghanistan and a doctor from Bangladesh in workshop for journalists and a postgraduate from Vietnam and a freelancer from the U.S.A. at workshop for students with the journalist from Afghanistan from the previous day. Their personnel stories and experience with commencing new life and integration in Slovakia enriched participants and contributed to improved understanding of migration. 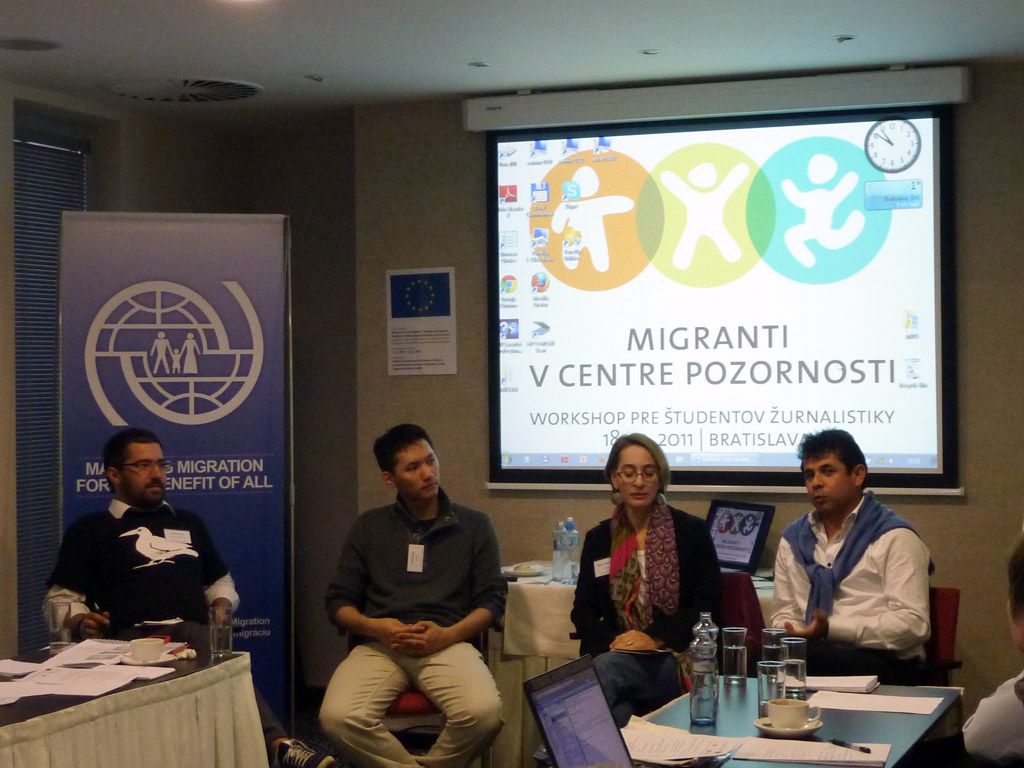 The afternoon programme was led by lecturers – a foreign journalist Richard Cookson working also for The MediaWise Trust, an organisation from the UK, and Marie Stracenská, a local expert on media and an issue editor of the main news programme in the television channel TV Markíza. Participants were acquainted with various examples of harmful migration articles in Britain and also Slovakia, promoting myths and stereotypes and by generalization and alteration of facts mislead the audience. Students in addition to this were provided with practical skills for journalists in the processing of migration issues and their presentation. Finally, all acquired knowledge should be hereby implemented in case studies by doing simulated reportages with the migrants. On the basis of feedback from lecturers and migrants as well as participants themselves the guidelines on processing the migration topic in media were introduced. 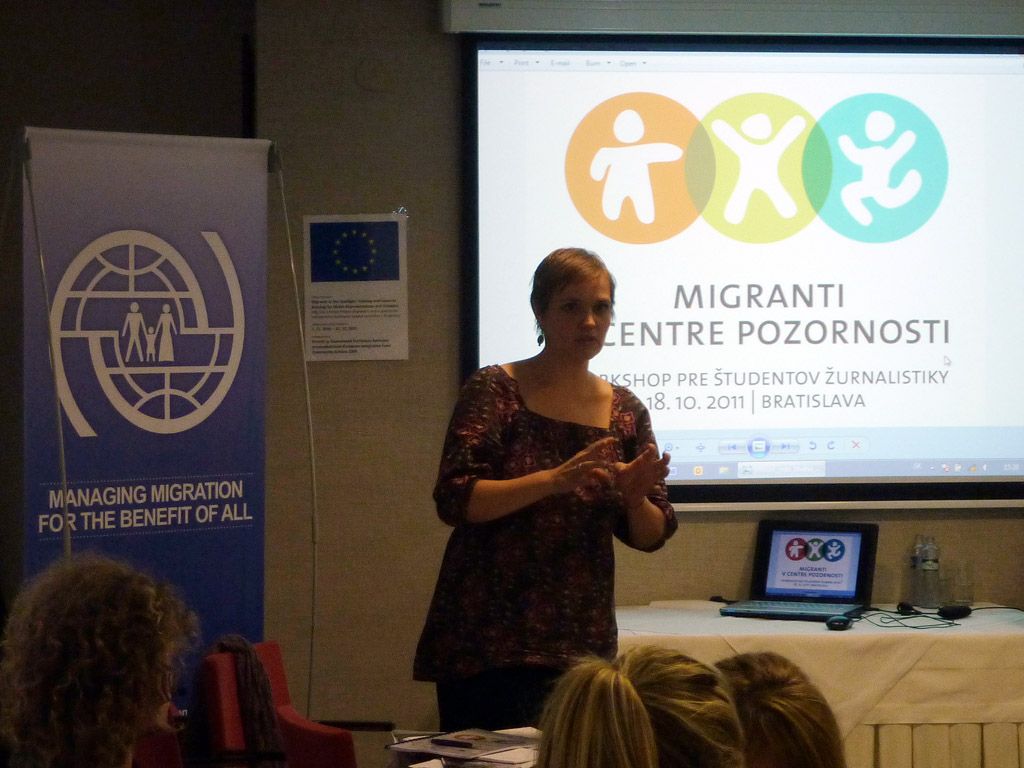 Both the journalists and also the students welcomed the workshops on migration topic that is rather marginally covered and analysed. The journalists appreciated the initiative of organizations to develope an educational programme on migration that provided deeper insight in to topic that becomes to resonate in our society. The students were thankful for the opportunity to get overview and for being given a chance to deal with a topic which is not really included in the university curriculum. Overall, the atmosphere, good and professional facilitation and organisation of the workshops were perceived as beneficial for all parties.

More photos from the Migrants in the Spotlight workshops.

About Migrants in the Spotlight workshops:

Workshops were organized by IOM International Organization for Migration – Office in the Slovak Republic and Milan Šimečka Foundation (www.nadaciamilanasimecku.sk and www.multikulti.sk). The workshops partner was The MediaWise Trust from the UK (www.mediawise.org.uk).

Workshops were carried out within the international project Migrants in the Spotlight: Training and Capacity Building for Media Representatives and Students, co-funded by the European Commission through the European Integration Fund Community Actions 2009.