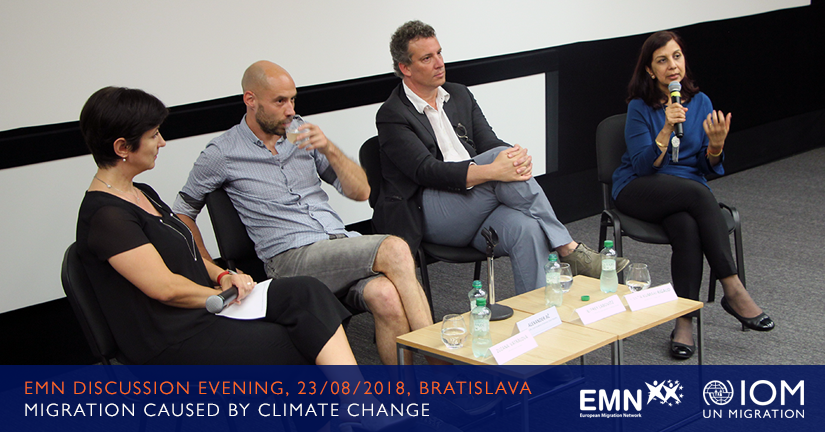 By 2050, more than 140 million people could be forced to leave their homes as the effects of global warming problems like water scarcity, crop failure, rising sea levels and storm surges. Experts from the World Bank, Czech Academy of Sciences and IOM discussed migration caused by climate change.

The evening started on 23 August in Kino Lumière, Bratislava, by screening of a documentary film entitled ʻAnote's Arkʼ about devastating consequences of climate change for the Pacific island country Kiribati and its inhabitants. Kiribati is one of the first countries that must confront the imminent annihilation from sea-level rise. Many Kiribatians are already seeking safe harbour overseas. 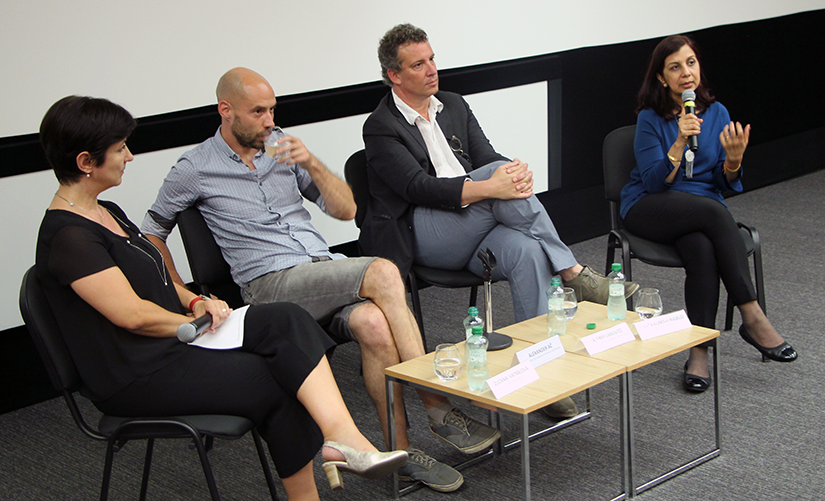 The screening was followed by a discussion with experts about impacts of climate change on displacement and international migration as well as about tools needed to address situation of people affected by this global phenomenon. Among discussants was Kanta Kumari Rigaud from the U.S. based World Bank Group, Jeffrey Labovitz from the International Organization for Migration (IOM) Regional Office for East and Horn of Africa in Kenya, and Alexander Ač from the Global Change Research Institute of the Czech Academy of Sciences.

The discussion evening was part of the 6th Educational Seminar on Migration entitled „Causes and Consequences of Forced Migration“ organized by the International Organization for Migration (IOM) Slovakia as the coordinator of the European Migration Network (EMN) for Slovakia.