Thanks to the film This Rain Will Never Stop, IOM brought attention to the vulnerability and destiny of foreigners who find themselves in foreign countries which are in war and who must flee the war several times in their life. 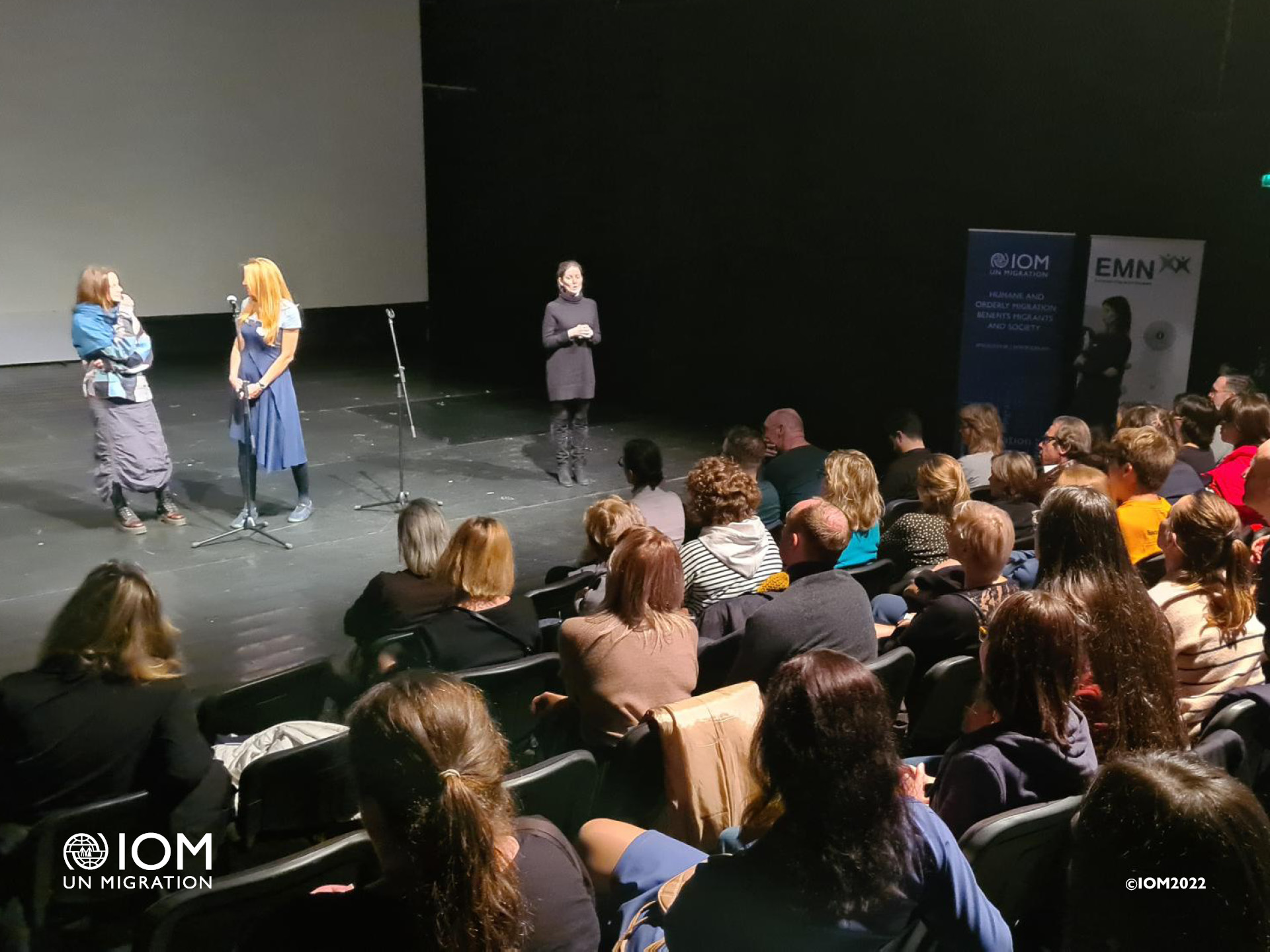 Interview with the film director Alina Gorlova at the opening of the One World Film Festival 2022. Photo © International Organization for Migration (IOM) 2022. 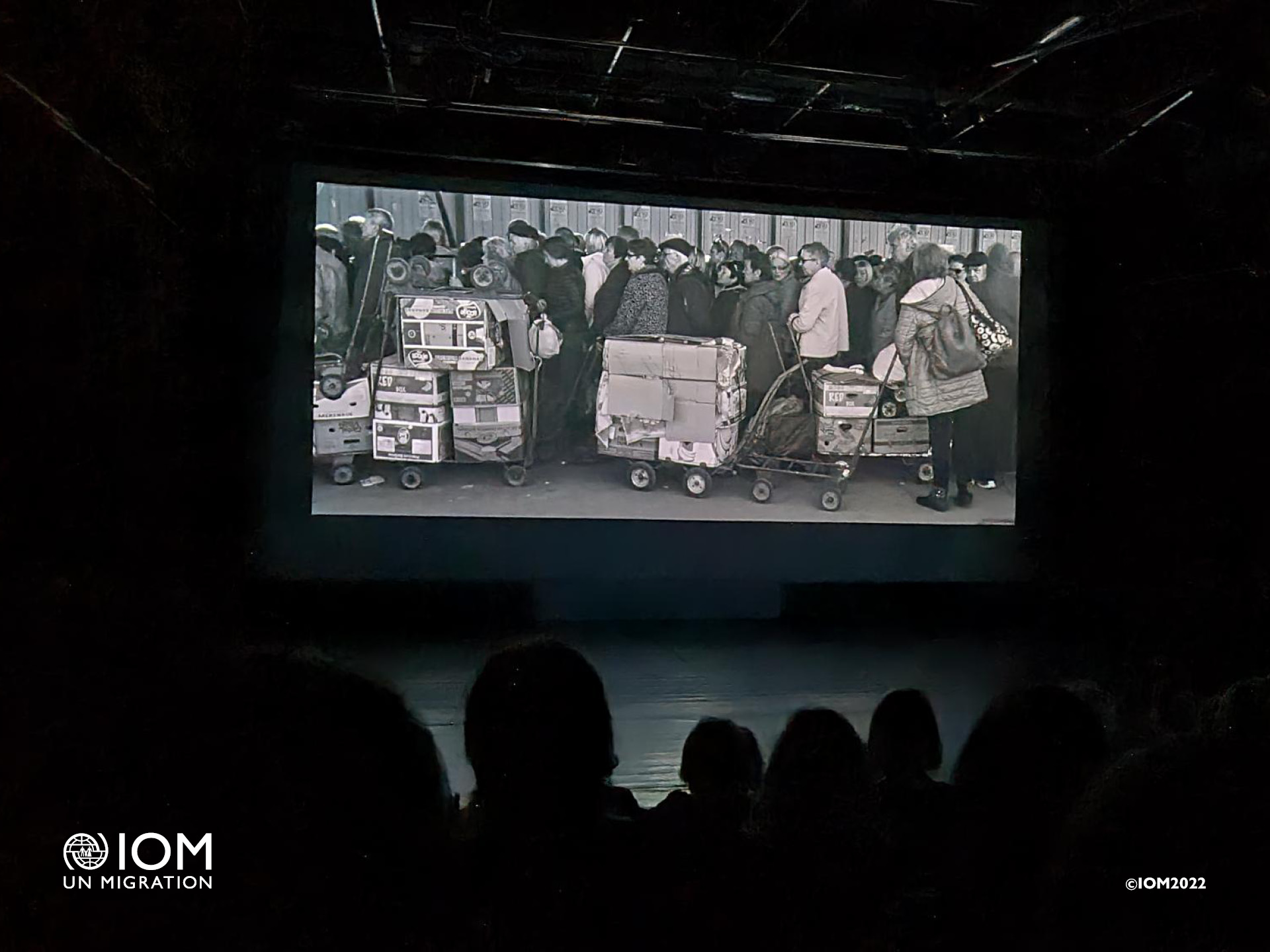 Screening of the film This Rain Will Never Stop at the opening of the One World Film Festival 2022. Photo © International Organization for Migration (IOM) 2022.

The Slovak premiere of the film was introduced by One World Film Festival in cooperation with International Organization for Migration (IOM) on 5 November 2022 in Bratislava at the official opening of the 23rd festival year. One hundred and ten spectators saw the film in the cinema and 72 more watched it online.

“We were filming this movie in four countries: in Ukraine, in Syria, in Iraq in Kurdistan and Jordan. It was really a long journey for us and we tried to find some answers, but I think that we found some questions about our world and about war in general,“ said Alina Gorlova, Ukrainian film director from the backstage of the film creation which took four years.

The film This Rain Will Never Stop follows 20-year-old Andriy Suleyman whose life is framed by a cycle of wars and peace. Fleeing the wars together with his family he is trying to find a safer place for life, a place to belong to. However, all around them there is war and death, conflict and insecurity. In 2012, they fled the war in Syria and resettled in Lysychansk, his mother’s hometown in eastern Ukraine. But the war catches up with the family again.

The screening of the film was funded by the European Union within the European Migration Network (EMN) activities. The EMN activities in Slovakia are coordinated by IOM.

The film was presented in cooperation with the Global Migration Film Festival.