International Organization for Migration (IOM) expresses its concern for many migrants and asylum seekers housed in camps and in Greece and particularly on the Greek islands enduring freezing winter conditions across Eastern Mediterranean. The region has been hit by some of the heaviest snowfall and the most severe icy temperatures in years.

IOM calls for comprehensive, rapid action to protect and alleviate the suffering of these people. IOM continues to work with the EU, the Greek Government and partners to improve conditions in Greece.

All camps in Greece are under Government of Greek (GoG) authority, namely the Reception and Identification Service (Ministry of Migration Policy), the Ministry of Defence and Local Municipalities. The GoG has agreements with different organizations including IOM and UNHCR for the site management support of most of the camps.

IOM provides Site Management Support at 12 of the more than 30 sites in Greece. In close cooperation with GoG, IOM is responsible for facilitating the daily operation of the camps, coordination of activities and local and international partners operating at these sites, and to improve the living conditions, including winterization activities, refurbishment/reconstruction of sites etc. 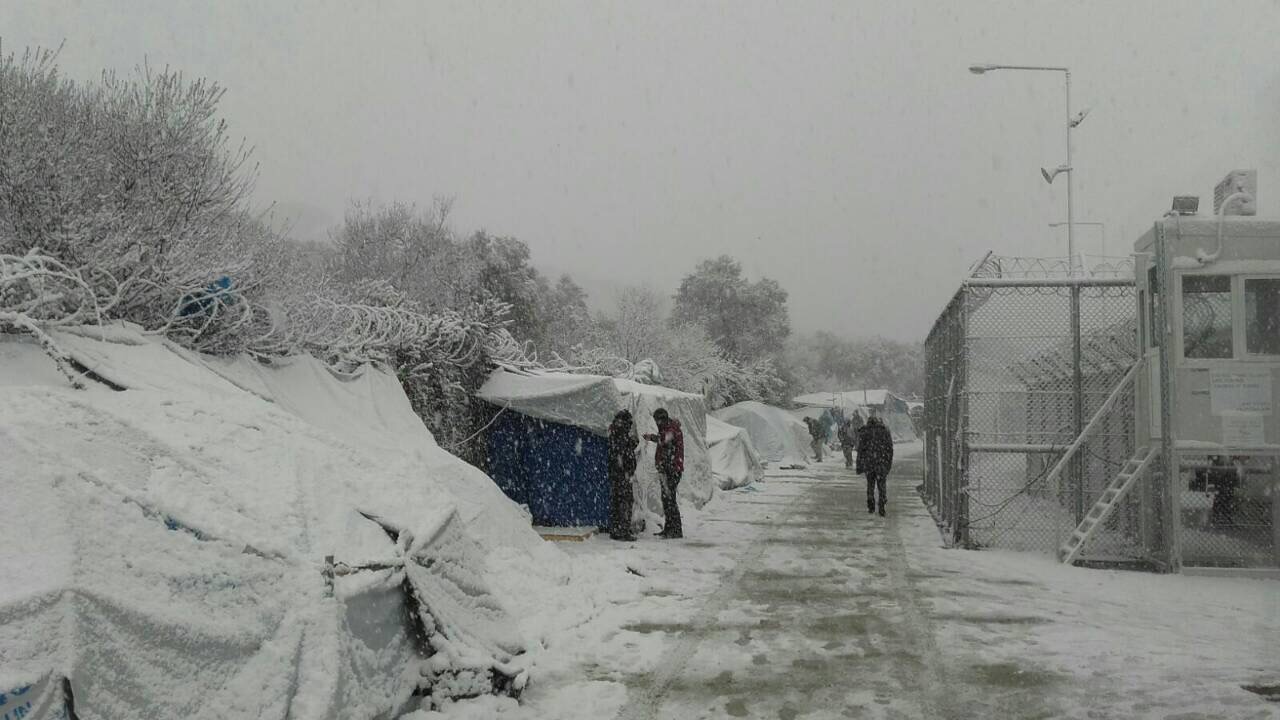 IOM, UNHCR and other partnerstransferred migrants living in some of their camps where winterization activities were not possible to hotel accommodation to better cope with bad weather conditions while camps are being refurbished, and/or taken winterization measures.

In sum, approximately more than 3,000 migrants in the camps with IOM Site Management Support have been provided with accommodation, as appropriate as possible, for the winter season while work continues to upgrade the other sites where interventions still need to be strengthened.

Of particular concern in this extreme weather still remain the more than 15,500 migrants and asylum seekers housed in camps on Greek Islands, including many in places that have been hard hit this week with snowfall and extreme weather.