Migrant Communities Celebrated the Sunday Parade with Thousands of Visitors

Migrant Communities Celebrated the Sunday Parade with Thousands of Visitors

IOM Migration Information Centre (MIC) and representatives of migrant communities in Slovakia joined the 10th anniversary of the multicultural festival [fjúžn] in Bratislava on 26 April 2015 and together they welcomed the visitors of Sunday Parade in Stará Tržnica. Six migrant communities introduced themselves at the IOM Café section with delicious gastronomy and a colourful multicultural puzzle of musical, dance and singing performances on the main stage. 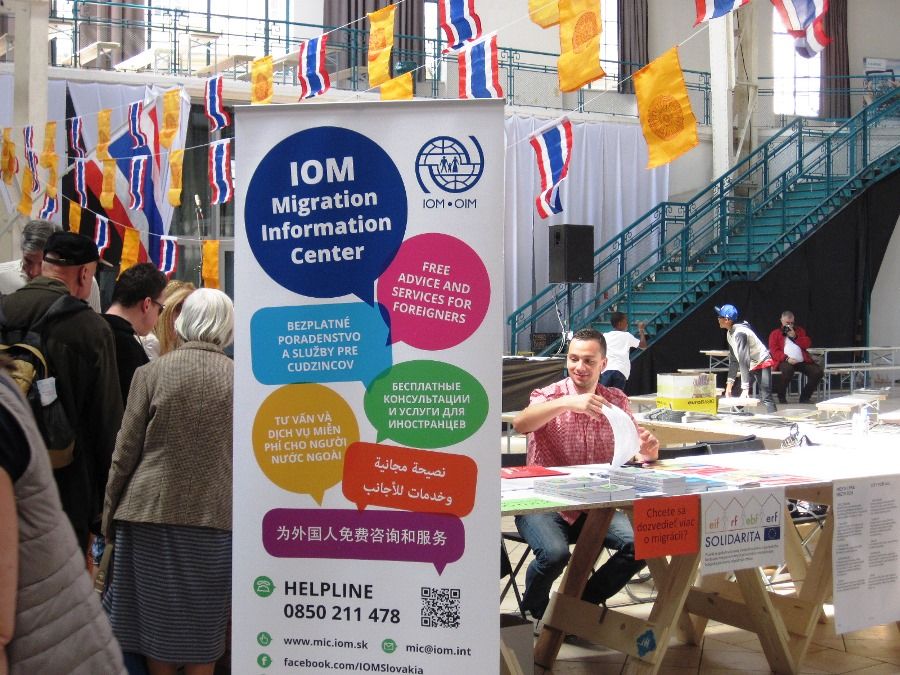 The communities of African, Afghan, Cuban, Latin American, Thai and Ukrainian migrants added the main ingredients. The international community “The Internationals Bratislava” gave the event a fresh flavour and creative finale with its flower workshop. More than 3,000 visitors used the opportunity to learn interesting things and meet people from all around the world.

Photos from the Sunday Parade from 26 April 2015 in Bratislava are available here.

Migration Information Centre to Support Integration of Migrants in Slovakia (phase VII) – Individual project. The project was co-funded by the European Union from the European Fund for the Integration of Third-Country Nationals. Solidarity and Management of Migration Flows.