International Organization for Migration (IOM) helps distributing food aid to people who flee the war in Ukraine. Every day, approximately 60 parcels of non-perishable food from Social Food Dispensary are provided or directly distributed to families and individuals in need who found a safe refuge in Michalovce and in the surrounding.

One of the clients is Anna (32 years old), who used to live in Kyiv before the outbreak of the war, but since March 2022 she has been displaced in Slovakia. Anna lives in Strážske with her son Marko, who is only 10 months old. She is one of the hundreds of beneficiaries who rely on this assistance.

“Food aid means a lot for us. It is our financial and moral support. We know that there are people who think of us, take care of us and who want to make our life out of home easier. I don’t have a job because my son is just a baby. I am here alone with him and from time to time my mother comes to visit us,“ Anna clarifies her life circumstances. 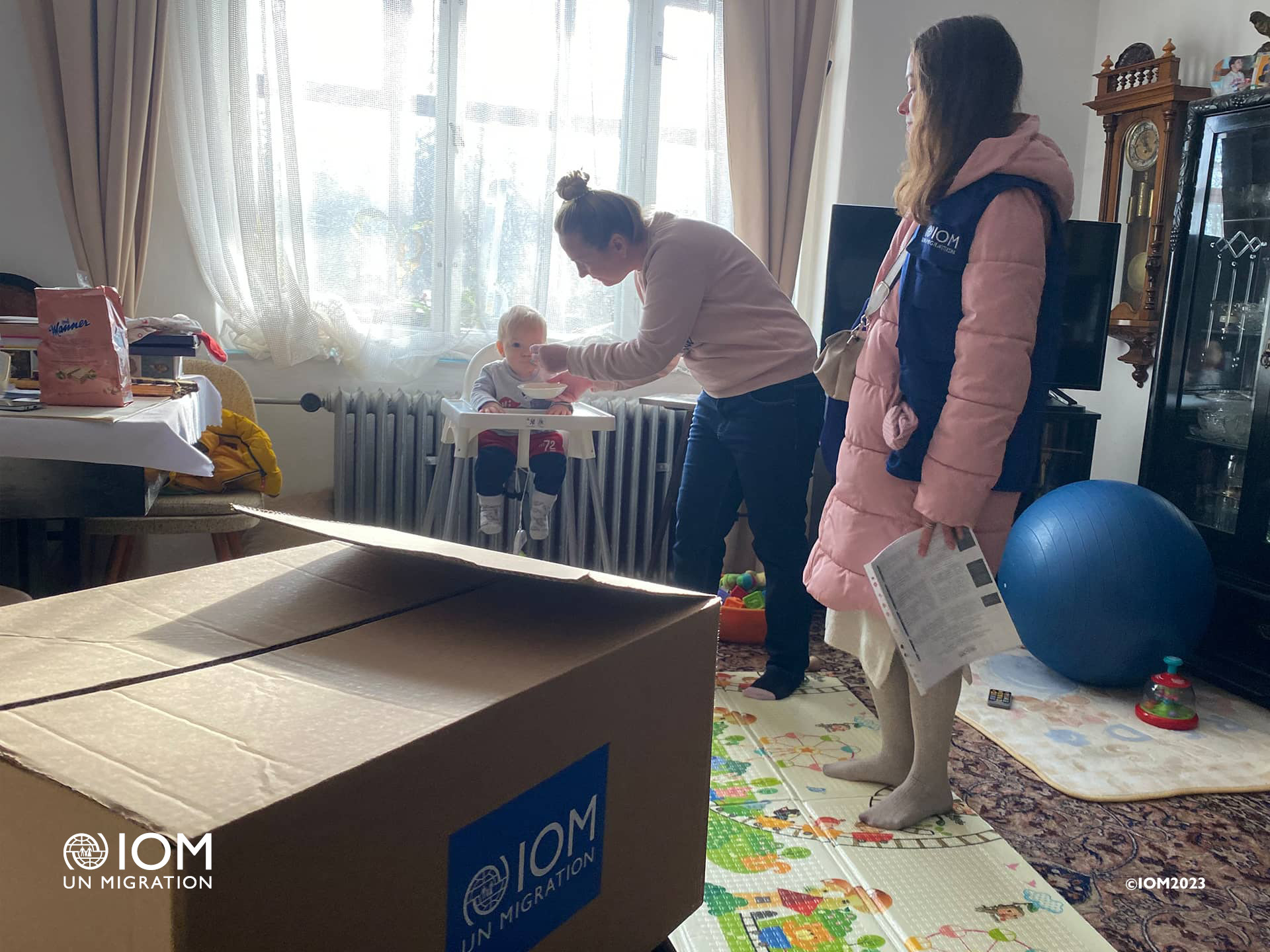 Anna and her son Marko receive a food aid on a regular basis. Photo © International Organization for Migration (IOM) 2023.

Food aid is delivered mainly to mothers with children, families or to elderly people.

“The most important thing is to deliver this food to families, because some people don’t know about the help we provide, or they aren’t able to get it. We distribute food from a warehouse in Michalovce to the city and surrounding every day,” Zuzana Vatráľová, Head of Office of IOM Slovakia explains the process of food supply delivering.

“The expected result is to use food and social aid for the benefit of migrants and thereby ensure their needs, monitor the situation and lead people to self-help,“ Zuzana Vatráľová says.

In order to transfer food aid to people as effectively as possible, different non-governmental organizations cooperate. First of all, it is important to find and contact people who might be interested in receiving this sort of help. 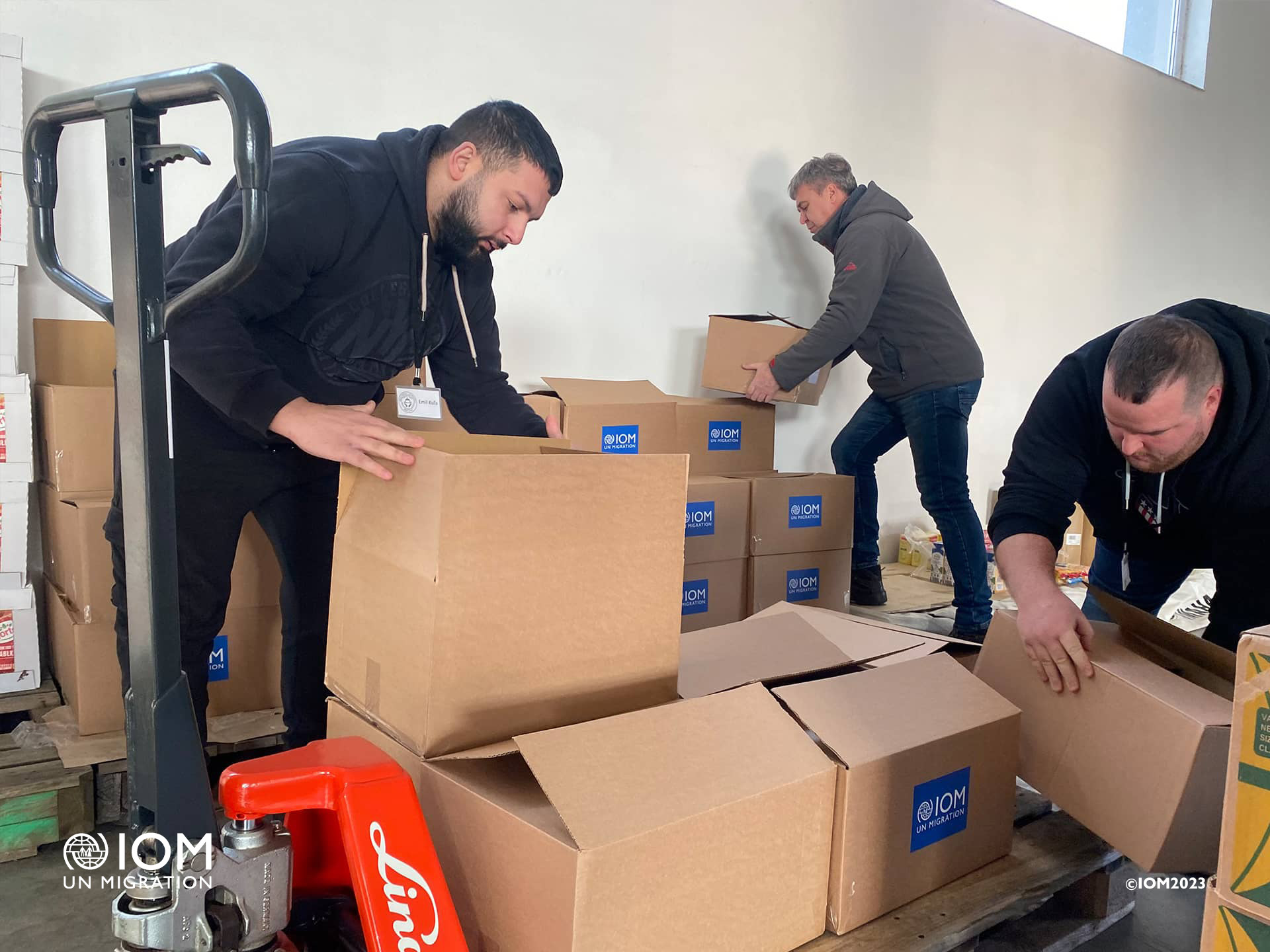 Almost 60 parcels of food aid is delivered on a daily basis to people who need it. Photo © International Organization for Migration (IOM) 2023.

„We deliver food for some families regularly, but we still add new and new clients. Thanks to functional delivery system we are able to distribute food to more people fleeing war,“ Zuzana Michalková from the Slovak Union of the Hearing Impaired explains.

„People can find us also in the Social Food Dispensary in Michalovce where they can come and pick up the food aid parcel by themselves,“ Michal Džugan from the Philanthropy of the Michalovce-Košice Orthodox Eparchy who takes care of the dispensary says.

From the beginning of December 2022 to 10 January 2023 all partners in this assistance have distributed almost 2600 food parcels. So far, provision of this assistance is planned until the end of March 2023 and may be prolonged according to the food needs of people fleeing the war in Ukraine.

Journey of this food aid: 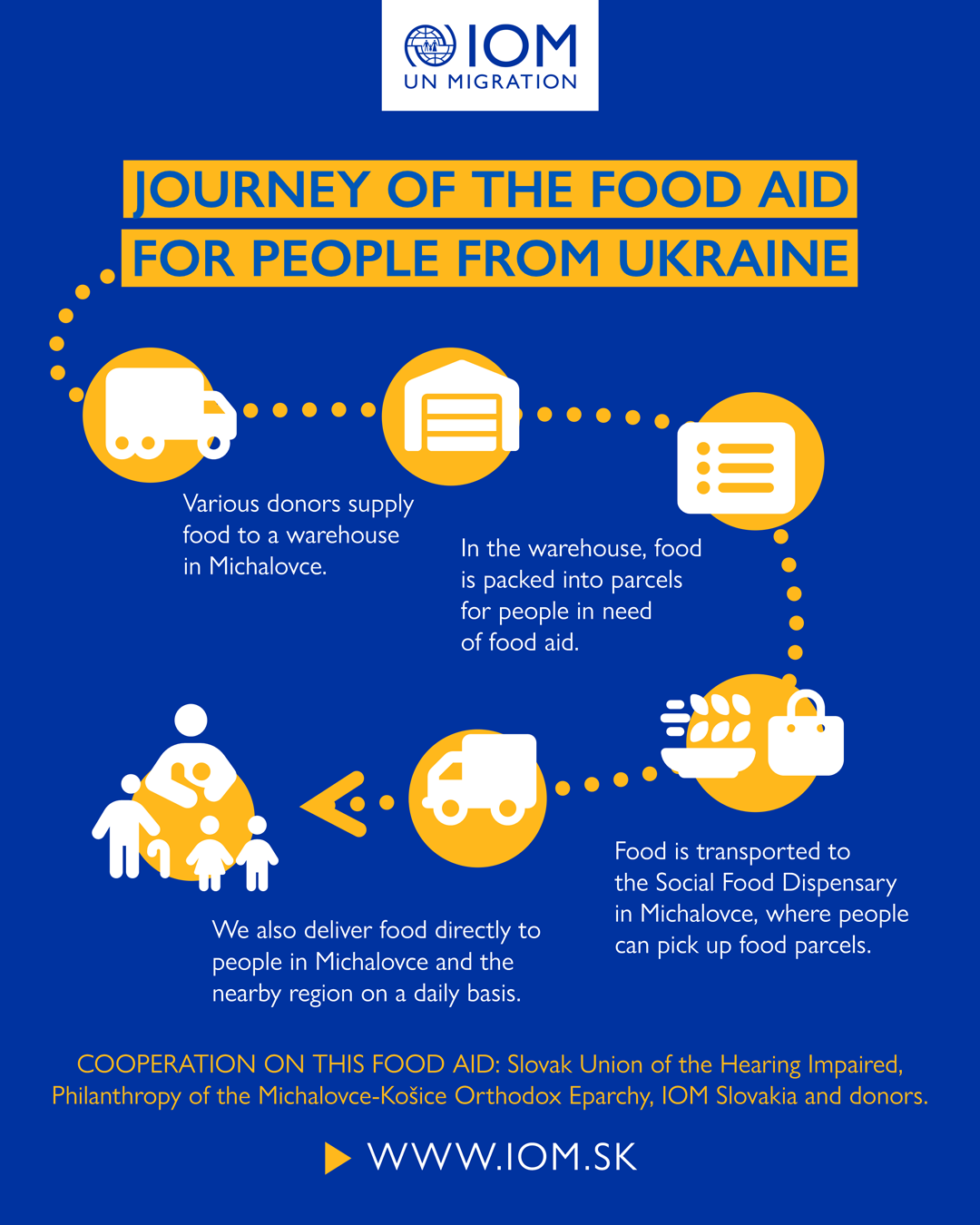 With the support of:

U.S. Department of State Bureau of Population, Refugees, and Migration